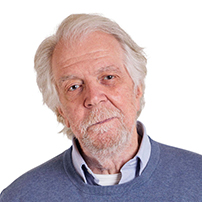 Elected Ivor Evans Fellow of Cambridge University (1979-1982) and Tweedie Fellow of Edinburgh University, Scotland (1979-1981). He was awarded a Professorship honoris causa by the University of Bucharest, Romania.

Professionally, he was the First Cultural Counselor of the Portuguese Embassy in Angola (1985-1989), then President of the Diplomatic Institute at the Ministry of Foreign Affairs and Director of Policy Planning at the same Ministry (2005-2008), and was for six years Chairman of the General Assembly of the Portuguese Society of International Law (SPDI). He is a member of more than thirty think tanks and research institutes, in Portugal and abroad. Author of eighteen books and more than one hundred and thirty articles and member of over forty scientific societies, here and abroad. He did fieldwork in the Philippines, Angola, São Tomé e Príncipe, Cape Verde and Timor-Leste. He has published studies in 15 countries and 12 languages, and has given conferences and/or organized courses (c. 750) in 43 countries.