The NOVA School of Law Library is a freely accessible library whose primary mission is to support teaching and to promote research and relations with society in general. It seeks to encourage the development of research skills in searching, locating, accessing, (critical) evaluation and organization of information by its users.

The Library’s Documentary Fund currently comprises some 39200 monographic titles with digital support, and some 255 periodical titles, of which over 153 are foreign publications. Focusing fundamentally on the area of Law, however, works of Philosophy, Political Thought, Sociology, Economics, History, etc. can be found. Reference works (dictionaries and encyclopaedias) are also available for local consultation.

The documentary fund is classified according to specific thematic areas. This classification allows you to understand the arrangement of the publications on the shelves. However, it must be remembered that interdisciplinarity implies a work classified and arranged in a certain area could, in your opinion, be classified differently. It is therefore important to use the automated catalogues and not just browse the shelves. With regard to periodical publications, they are divided into Portuguese and foreign publications. Issues for the current year can be found in the reading room display. Issues from previous years can be found in the periodicals room.

Around 39200 monographic titles and 255 titles of periodical publications, of which more than 153 are foreign publications. It comprises mainly publications focused on the area of Law, but also on other areas, such as Social Sciences and Humanities.

Platform which aims to collect, store, manage, preserve and allow access to intellectual production, from journal articles and communications to conferences and theses. The works available through RUN are covered by the Creative Commons Licence.

The NOVA School of Law Library has a collection of databases of publications in the area of Law, which users can access by completing the requisite criteria and through access provided by the Library. 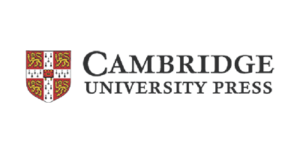 It contains books, journals and a number of additional online products and collections, as well as content published by partner publishers, including Edinburgh University Press, Facet Publishing and University of Adelaide Press, among others.

Oxford Academic is the home of academic research from Oxford University Press (OUP), the world’s largest university press.  It serves  global communities of scholars, researchers, and teachers by publishing scholarship and research in several subject areas.

You can discover and explore scholarly books and journals from OUP, as well as from a wide array of leading university presses and learned societies on Oxford Academic.

Oxford Scholarship Online (OSO) is a vast online library, home to thousands of scholarly works from the world-renowned academic publishing list of Oxford University Press.
The academic law list at Oxford University Press has a strong tradition of developing exceptional work across the full breadth of legal scholarship. From Oxford Studies in European Law and Oxford Monographs in International Law to Clarendon Studies in Criminology and Oxford Studies in Modern Legal History, its publications range from the foundations of legal history and philosophy to analytic and comparative work on legal doctrine and empirical research on law in modern society.

With University Press Scholarship Online you can choose from over 20 prestigious university presses from all over the world, and give your patrons access to thousands of essential titles in almost every area of scholarship.
Each partner press is available on the Oxford Academic platform, allowing your patrons to read books online, or download chapters as PDFs in one single site.
With over 1,900 titles from a wide variety of different presses, the Law module of UPSO is an essential resource for any law scholar.

Oxford Handbooks Online brings together the world’s leading scholars to write review essays that evaluate the current thinking on a field or topic, and make an original argument about the future direction of the debate.
Articles review the key issues, reveal original arguments and concepts, and set the agenda for new research. These books have become one of the most successful and cited series within scholarly publishing.

Very Short Introductions is an online resource that offers scholars and students OUP’s premier publishing series in an easily discoverable, fully cross-searchable, and highly accessible format.
The VSI of Law provides access to titles ranging from Forensic Science and Medical Law, to Human Rights and the Philosophy of Law.

The NOVA School of Law Library has a collection of databases of publications in the field of law available to users with free access.

Europa Portal
Europa.eu is the official website of the European Union. It is a good starting point if you are looking for information and services provided by the EU but do not know which website to visit. Here you will find basic information on how the EU works; the latest EU news and events; links to EU information on the websites of EU institutions and agencies.

Prelex
Database of inter-institutional procedures to monitor the principle stages of decision-making processes between the Commission and other institutions and to follow the work of those institutions involved. The database follows all Commission proposals and communications as soon as they are forwarded to the Council or the European Parliament.

COMMERCIAL LAW REVIEW
The Commercial Law Magazine is dedicated to the dissemination of Commercial Law and is aimed at commerce of land, sea, air and space, real or virtual, and is intended for traders, companies, consumers, workers, magistrates, lawyers, teachers and those dealing with the intricacies of commerce.
OAPEN LIBRARY
The OAPEN Library contains freely accessible academic books, mainly in the area of the humanities and social sciences. OAPEN works with publishers to build a collection of quality controlled open access books, and provides services for publishers, libraries and research funders in the areas of deposit, quality assurance, dissemination and digital preservation.
UNITED NATIONS TREATY COLLECTION
It allows access to all international treaties or agreements in force in the Member States of the United Nations.
OFFICIAL DOCUMENTS SYSTEMS OF THE UNITED NATIONS
It is a service administered by the U.S. Department of Justice and includes a summary database of over 200,000 publications.
NATIONAL CRIMINAL JUSTICE REFERENCE SERVICE
This database contains all kinds of official UN documentation since 1993. It also provides access to the General Assembly, the Security Council, the Economic and Social Council and the Board of Trustees since 1946.
ILO DATABASES
Databases developed by the International Labour Organization that integrate information on the application of international Labour standards, regulations, statistics, social security, equal opportunities, etc.
DIALNET
It is a portal for the dissemination of Hispanic scientific production, which allows access to documents and creates warning systems.
DOAJ
This service allows free access to the full text of thousands of scientific and academic journal titles in all areas of knowledge.
E-REVISTAS
The Open Access Platform of Spanish and Latin American e-journals is a project promoted by the Superior Council of Scientific Investigations (CSIC) with the aim of contributing to the dissemination and visibility of scientific journals published in Latin America, the Caribbean, Spain and Portugal.
ELEKTRONISCHE ZEITSCHRIFTENBIBLIOTHEK
Cooperative service of 497 libraries that aims to facilitate access to academic journals published electronically.
BUNDESGERICHTSHOF
Federal Supreme Court of Germany within the jurisdiction of common law, i.e. the administration of civil and criminal justice.
CUSTOMARY-IHL
Esta base de dados é a versão online do estudo sobre direito humanitário internacional consuetudinário, realizado pelo Comité Internacional da Cruz Vermelha e editado pela Cambridge University Press.
DOXA PORTAL
Philosophy of Law – born with the vocation of providing a wide range of documents and services on digital media of interest to the community of philosophers of Law who express themselves in the Castilian language.