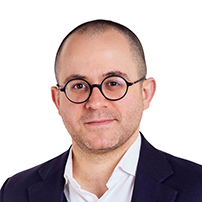 Filipe Brito Bastos holds a Doctorate of Laws awarded by the European University Institute of Florence.

From 2018 to 2020, he carried out his research and taught at the Faculty of Law of the University of Amsterdam, where he worked as post-doctoral researcher at the Amsterdam Centre for European Law and Governance.

He is currently Assistant Professor at NOVA School of Law, where he has taught the subjects of European Administrative Law, Constitutional Law and Administrative Justice since the academic year of 2020-2021. He is also pro tempore Coordinator of NOVA LAW GREEN LAB.

His current research concerns a broad range of issues related to the intersection between Public Law and European Union Law.

In addition to several publications on Administrative Law (domestic), namely on Public Domain Law – including the publication, by Almedina, of a co-authored Commentary on the Legal Regime of Public Immovable Property -, he has published articles in the leading international, peer-reviewed journals in the areas of European (Public) Law. Such journals include the Common Market Law Review, European Public Law, European Constitutional Law Review, European Journal of Risk Regulation, Review of European Administrative Law, or German Law Journal. He also published a chapter on forms of multilevel administrative cooperation in the Banking Union, in an edited volume published by Edward Elgar and coordinated by Professor Chiara Zilioli, Director of Legal Services at the European Central Bank, and Dr Karl-Philipp Wojcik, General Counsel of the Single Resolution Board.

Upon request, individually or in co-authorship, he has prepared studies for the European Parliament and a European Agency on matters of European administrative law, namely on relations between national and European authorities within regulatory procedures.

He was distinguished in 2019 with the Young Scholars’ Award by the Research Network for European Administrative Law (ReNEUAL), of which he is a member. He is also a member of the International Society for Public Law.