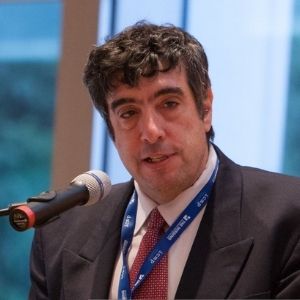 Professor Jeremy Sarkin graduated and post graduated in South Africa, has a Master’s degree from Harvard Law School and a PhD in international and comparative law.

He is a lawyer in South Africa and in the USA, having practised at the New York Bar between 1988 and 1989.

He worked at the International Commission of Jurists in Geneva, Switzerland. He is a Professor of Law at the University of South Africa and Distinguished Visiting Professor at the Faculty of Law of the UNL.

He was a member and Chairman-Rapporteur (2009-2012) of the United Nations Working Group on Enforced or Involuntary Disappearances.

He is co-editor of the collection of books on Transitional Justice at Editora Intersentia. He is a member of several editorial boards of scientific journals, including Human Rights Quaterly, Human Rights and International Legal Discourse, and International Review of Criminal Law. He is also on several NGO boards, including the Institute for Justice and Reconciliation (IJR).

He has published 15 books and over 250 articles. Some of his most recent books and monographs are: “Conflicted Democracies and Gendered Violence: The Right to Heal” co-author) University of Chicago Press (2016), “Bosnia and Herzegovina: Accounting for Missing Persons from the Conflict: A Stocktaking, International Commission on Missing Persons” (ICMP) 2014, (co-author); “Germany’s Genocide of the Herero” (2011) author; “Reparations for Colonial Genocides” (2009) author; “Human Rights in African Prisons” (2008) editor; “Reconciliation in Divided Societies: Finding Common Ground” (2007) co-author; “Carrots and Sticks: The TRC and the South African Amnesty Process” (2004) author; “The Administration of Justice: Comparative Perspectives” (2004); “Social, Economic, and Cultural Rights – An Appraisal of Current International and European Developments” (2002) co-editor; “Resolving the Tensions Between Crime and Human Rights: European and South African Perspectives” (2002) co-editor; “The Principle of Equality” (2001) co-editor.