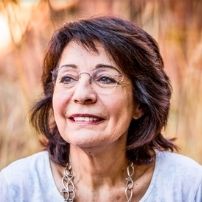 Maria Damanaki graduated with honors from the National Technical University of Athens with a Master of Science in chemical engineering. She has also a one-year Degree from Lancaster University on Gender issues.

With long experience in marine affairs, fisheries and international politics, the former European Union Commissioner for Maritime Affairs and Fisheries reinforces the talent and academic excellence of our teachers, following our strategy of internationalization and commitment to find professionals from diverse backgrounds, which enrich us with different perspectives and teaching methods.

Maria Damanaki was European Commissioner for Maritime Affairs and Fisheries from 2010 to 2014, during which time, the Commission was able to bring fish populations back to healthier levels by adopting a fisheries policy that, continued, could lead to 15 million more tons of fish in the sea, 30 percent more jobs and the equivalent of over US $2 billion in additional revenue. Maria Damanaki also introduced and implemented the Blue Growth agenda for Seas and Oceans in Europe and established legislation to create a common framework for Marine Spatial Planning to map and better manage maritime activities across EU countries.

Between 2014 and 2020 served as the Global Managing Director for Oceans at The Nature Conservancy, where she led marine programmes in 27 countries, across all continents, focused on transforming how the world manages its oceans.

She currently co-chairs the advisory network of the High-Level Panel for Oceans, is a member of the Friends of Ocean Action of the World Economic and sits on the Boards of Monaco Ocean Foundation and Oceanographic Institute, the Board of European Marine Regions Forum, the Board of the Global Fishing Watch and the Board of Marine Stewardship Council (MSC).

At NOVA School of Law, she lectures the subject “Ocean Policies” of the Master in Law and Economics of the Sea, in co-regency with Professor Assunção Cristas.